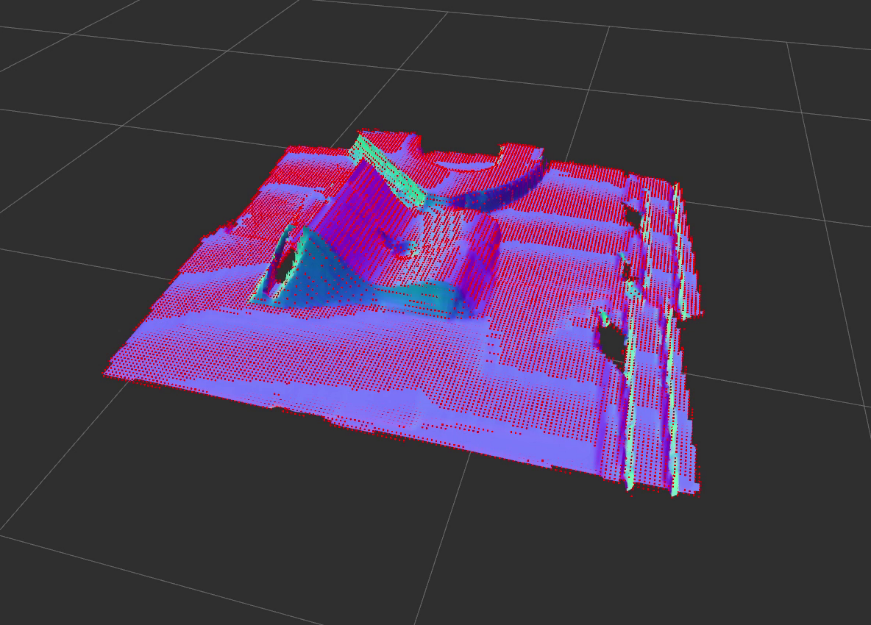 To create the ODIN dimensional / geometrical inspection system, we are working to produce a fine grain detailed full 3D reconstruction (also known as digitalization or scan) of the part to be inspected. We call this phase 3D Model Creation. The resulting representation (usually a pointcloud) can be then matched against an existing 3D CAD model, and discrepancies are then reported as quality control issues.

The inspection system will create a 3D reference model of a part which is classified as correct, and that reference model will be used to be checked against new scans of the target object to be inspected. The objective is to have an easy-to-configure system that can correctly detect presence/absence of parts being mounted into the target object, and to verify that the mounting position (and orientation) is according to specification. Instead of relying on ad-hoc rules to check for the large number of possible components, we target the easiness of use by providing a teaching procedure, in which the system is shown a good example. Thus, adding new components to be checked does not require additional programming, but just the generation of a new reference model.

The current focus of the development is on the scan of the inspection object, which corresponds to the block “Online Multiview Fusion” in the diagram. The target here is to be able to produce a full reconstruction of the whole object to be inspected. There are different challenges associated here: i) the large size of the object; ii) the required high resolution in relation to the total size of the object; iii) the need to have a system that is able to construct the representation online, i.e. the reconstruction needs to be produced while doing the scan so that it does not have a big impact on the total time, and allows for online correction for a consistent model.

When all the blocks for model creation are completed with the experimental setup, the next step is to mount the camera in the ODIN Mobile Robot Platform and create a full model of the inside face of a fan cowl.